Just imagine that you could predict the future with a one hundred percent probability. Wouldn’t it be great if you had tarot cards showing you what happens next. Split testing is like tarot cards in marketing.

For the purpose of meeting clients’ needs and to make the software as much competitive as possible AtomPark Software provided an update on the functional of Atomic Email Service. AtomPark Software has added the split test (also known as A/B test) to the list of Atomic Email Service Features. It’s a pretty simple but very effective method of marketing research, aimed at improving the efficiency of email marketing. As part of split-testing, the control version of the letter, “A,” is compared to an alternative variant of the letter, “B” (hence “the A/B test”).
So what exactly the split testing is? This is a good question, especially if you somehow deal with marketing. Split testing emphasizes the difference between newbies and marketing professionals. Those who make big things happen and win large sales know how to make split testing right. You can definitely say that if you don’t deal with split testing potentially you are leaving money on the table. Why is it effective?
In global terms, split-testing provides an understanding of how effective a particular interaction with a client is. Resorting to this method, it is possible with a high degree of probability to predict whether the target action is completed by a recipient. Split-testing shows the percentage of emails opened and the click-through rate. With these data, we can easily track the behavior of the recipient. For example, comparing two versions of your letter, you can determine which headers affect the percentage of emails opened, or where to place the “buy” button to increase sales.

The bottom line with split testing is as follows. Nothing is out of the realm of possibility when it comes to doing it. Anything and everything pertaining to your email marketing must be considered available to split test. But please mind that split testing results will not always remain relevant. In other words, things that worked in January will likely not work in June. Consequently you will have to split test permanently. 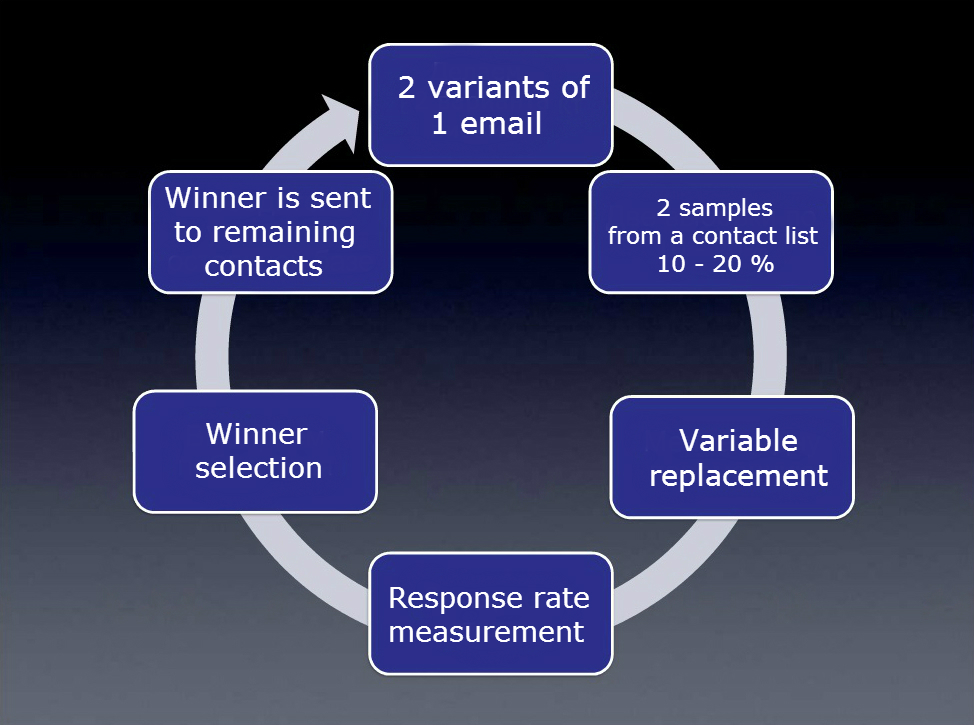 Aiming for maximum ease of use, the split-testing option provides two variants of usage: automatic and manual. In automatic mode, the system will define a winner with a given parameter, and will automatically dispatch this variant to the remaining contacts list. Manual mode allows you to determine the winner and send remaining emails independently. We advise you to try the new feature right now and in future articles we will discuss split testing techniques and methods in more detail.
Written by:

Serge
Back to blog
Boost your business with AtomPark