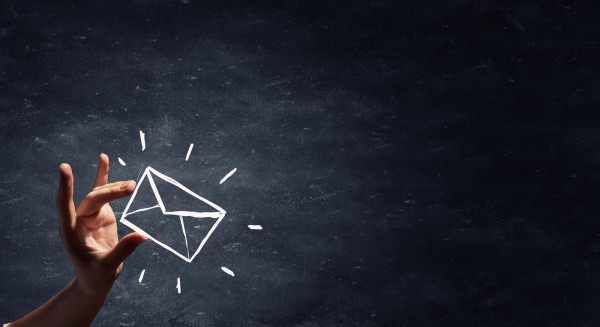 Here are some real success stories that are related to SMS marketing and our software. These case studies are real. They are excellent for generating or improving SMS marketing ideas for your business. Enjoy them!

Dunkin Donuts A two month mobile interactive ad campaign in Italy has resulted in a 9% increase in sales for Dunkin Donuts, according to the two companies that created it. As a result of an SMS-based marketing campaign, customers were able to get coupons for Dunkin Donuts goods by using their mobile handsets to respond to advertisements displayed on store notice boards, billboards, and on the radio. By sending a short message to the published numbers, users receive an immediate reply featuring a free gift coupon or special offer exchangeable at local outlets. Sales were reportedly up 9% within the first three weeks of the campaign. By enticing consumers to request special offers, Dunkin Donuts ensures that they achieve a great consumer push without running the risk of breaking down the client relationship by contributing to the wealth of 'spam'.

SMS is the perfect way to tap into a vast market of mobile phone users in an environment plagued by a lack of standardization and interconnections. Ensuring that the power of the SMS medium is put to good use in an ethical way and one which doesn't encroach upon users' privacy is something which was key to the success of campaigns such as this one with Dunkin Donuts. And Dunkin Donuts' Italian franchisee GianLuigi Contin says that the SMS marketing solution has been a positive brand-building experience: "We are directly reaching our targets with a message they can understand. Cellular coupons are not cute promotions, rather they are serious marketing tools that not only extend the brand but are also directed towards the people we want to reach."

Radio 98FM radio live poll An Irish radio station wanted to interact with its audience with an opinion poll. At every new bulletin, 98FM broadcast a GSM number to which listeners could send, via text message, their opinion about a nominated news topic. Participants merely sent a "yes/no" response and then received a response inviting people to send further comments. Radio station staff then had access to live statistics via a special web page.

In-house competition A broking company asked PlusOne to run an in-house competition for its brokers. Each week every broker was sent a personalized SMS detailing where they were on a leader board for financial product sales. This appealed to the competitive spirit of the brokers who were in the running for weekly and a grand prize.

SMS marketing helps McDonald's Marketing products to mobile phones using SMS messages has been proven to increase sales, according to a test study carried out in Sweden. Named e-street, the project signed up 2,500 mobile phone users in the town of Lulea to receive SMS messages of special offers from 150 local organizations. After the volunteers were sent an SMS for a Mcdonald's burger offer, 25 percent of the targeted users took up the offer. The McDonalds in question broke its turnover records during the test period and it jumped to the top of the McDonalds league table in Sweden. Hope you liked these SMS marketing tips, tricks, and success stories. I'll be posting more success stories next week. Have a nice day guys!

TV launches SMS-based marketing campaign Trouble TV, a UK teen channel is using an SMS-based relationship marketing campaign. The campaign encourages viewers of Trouble TV and visitors to its website (www.trouble.co.uk) to send in by text message, a promotional code that appears on screen every hour between 12pm and 5pm for a two-week period. Participants are entered into a daily draw, with prizes including mobile phones. (This relationship marketing approach also works well with radio).

Hilton uses SMS with success The Hilton Hotel group has successfully used SMS messaging to increase guest numbers to its hotels and build customer loyalty. The hotel sent out important marketing messages such as specials and promotions directly to its members’ mobile handsets. SMS allowed the hotel to get the messages out instantly and at the most appropriate time of day. The use of SMS as a direct marketing tool resulted in a 10-25% uptake of offers sent out by the hotel and proved to be an integral part its direct marketing and loyalty strategy.

Just what the doctor ordered A Queensland-based chiropractor, long plagued with no-shows of appointments made perhaps weeks earlier or last-minute cancellations, now sends reminders to patients of their appointments that day and asks they notify the clinic if they cannot make the appointment. This has increased the successful appointment rate and also allows opportunities to fill canceled appointments.

Cheap fuel a great prompt Petrol price monitoring group FuelWatch advertised an SMS competition to win $250 of free fuel on the back of delivery trucks. In 3 weeks 500 entries were received from just 10 trucks operating in Brisbane. In addition to the creation of a database, which can be used for further marketing, by asking respondents to enter a letter corresponding to the truck's regular route, the best routes could then be determined for future campaigns. Heightened awareness of the FuelWatch brand was also created as well as its website URL.

Girlfriend's best friends Girlfriend magazine advertised on the web and in their magazine for girls to register with the Girlfriend VIP Club. Once a member, they could send free SMS's from the website. Every month, a special offer is SMS'd to VIP members, namely fashion label discounts or one for one offers on cosmetics. The offer is to take the phone message to the retailer to claim the discount. 40,000 girls have provided their mobile numbers, giving an advertising penetration of 40,000 willing respondents. This permission to receive aspects provides good retention of the offer.

Eagle Boys A test case competition was run by an Eagle Boys store to generate a marketing list. Using a coded entry competition, entrants had to buy a pizza to get an entry. Instant prize winners had to show the winning coupon and the message to collect their instant prize - of Eagle Boys products. A major prize for a holiday was given to one winner. The marketing list has been used to good effect to promote special offers.

Win a mobile phone competition Plusone was asked by a Telstra Shop to provide an SMS competition where entry was promoted through a series of television advertisements. The result was a greater awareness of Telstra Shop and its services, the generation of a marketing list. The entry records also were used to analyze the number of responses at different times and TV station program schedules. This allows more targeted advertising schedules for future competitions based on entry rates for time frames and shows popularity.

On-package promos Starburst's "More Juice More Burst" campaign looks to engage teens by using their cell phones to text a unique promotional shortcode found under specially marked packs of Starburst Fruit Chews. Using the code J-U-I-C-Y (58429) across any cell phone carrier, and online at starburst.com, users can find out instantly via a return message if they’ve won juiced-up technology prizes like a 42-inch flat-screen TV, i-Pod Photo, and more. The campaign runs through Sept. 30, 2005. With more than 60 million on-pack impressions, the Starburst Brand More Juice for More Burst contest is the largest short-code, cross-carrier campaign for a consumer product goods company in U.S. history. Using packaging to drive the promotion, the company reports that online daily visits have nearly doubled since its April debut. Text messaging has accounted for 40 percent more traffic than anticipated.

More on-package promotions Nestle ran a "Grab. Gulp. Win!" promotion for Nesquik. Entry details were placed on 40 million bottles of ready-to-drink flavored milk and milkshakes in the US, offering text-in giveaways ranging from a gaming house party to music downloads.

In-house communications PlusOne is helping managers be kept informed of when new marketing initiatives are commencing, on behalf of a national financial institution. Every message is unique and details the recipient’s name when new TV ads are starting, and detailed channel, program name, and time. This information varies depending on the state and region, but merging info means unique information can be delivered to each person.

SMS in sales promotion Zodiac Group Australia Pty Ltd / Zodiac Pool Cleaners used SMS to collect and validate warranty information, AND verify and process cashback claims. On-pack stickers identifying promotional merchandise provided consumers with a unique code that they were required to submit via SMS; unique codes were used to identify SKU, providing valuable reporting intelligence and verification criteria. Upon stringent back-end verification, the consumer was required to SMS the warranty number from their purchase to claim a $150 cashback against their outlay ($1,000+).

SMS in response automation Sydney’s leading hip hop and R&B station, The Edge 96.ONE features many new artists and wanted to develop a user-friendly interactive SMS service that allowed listeners to find out the name of the song on-air – and artist – using their mobile phones, thus reducing the level of phone calls received at the station. There was extensive back-end integration at the station so the database was constantly updated. Before each music slot, DJ announces: "To find out what is playing, just SMS SONG to 1975 7777 and we'll SMS ya back the name of the song and artist!" The requester gets the name of the song texted back to them. Requests cost 55c.

Paul Shuteyev
Back to blog
Boost your business with AtomPark

An unexpected error has occurred please try again
Half price
50% OFF on any software!
Offer expires soon:
days
hrs
mins
secs
50CYBER22
Copied
Go to cart
Get my coupon